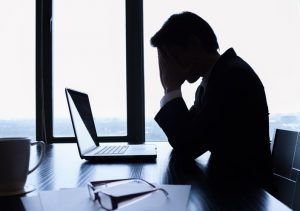 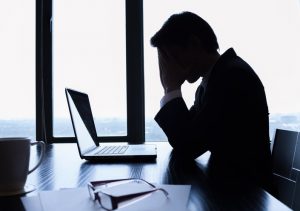 My previous column commenting on the judge’s decision to reduce attorney’s fees partly based on civility (or lack of it) drew some interesting discussion. Some believed that judges should take more of an active role making sure that lawyers behave civilly. Others think that attorneys must be aggressive at times if it is in their client’s best interest.
Just about everyone believes that lawyers should act civilly at all times. But the problem is that they can’t do it all the time. This is because civility usually tends to benefit the winning side.
I’ve been told that sometimes incivility is a show. Opposing counsel could be good friends but their clients expect their lawyers to put up resistance, especially if they were paid a substantial retainer. So even if opposing counsel wants to resolve the matter efficiently, they cannot if their clients won’t allow it.
And then how should an attorney react if he has good reason to believe that opposing counsel is lying? Scott Greenfield suggests that even using the civil euphemism of liar can still offend.

But what if opposing counsel is lying? Do you not call him a liar because it’s uncivil? The court is right that it devolves into “destructive reciprocity” and sucks up time that could have been put to “socially productive uses,” whatever that means, demanding the time of the judge to “supervise the hostilities.” But what do you do if counsel, in a most civil tone, lies? Of course, you can reply with similar civility that counsel’s representation of the facts emits an unpleasant odor that tends to attract a great number of flies, but even so, feelings could be bruised.

As I mentioned previously, if civility will be a factor in deciding a case, when does the lawyer cross the line until uncivil behavior? We can agree that a physical altercation meets that standard. So is sending threatening emails to opposing counsel laced with profanity. What if opposing counsel or their clients do not submit documents when the lawyer demands it? Is that uncivil behavior? If the standard is determined by the judge’s or the offended counsel’s personal sensibilities, there will be problems.

Let’s look at this from another perspective. Suppose a client is facing eviction because he hasn’t paid the rent due to COVID-19. One day, eviction proceedings will initiate. The client has no money because he was laid off and he spent it all on food and medicine. Assuming the client has little options, is his lawyer supposed to tell his client, “Sorry, but I have to be civil to opposing counsel because he is right”?

The consequence of imposing civility rules could hamper an attorney’s representation of a client facing debt collection, eviction, or deportation. Would attorneys be inclined to represent these people if passionately pleading for their case could result in sanctions because someone thinks they are being uncivil? And need I mention that most of the people facing these problems are people of color?

Maybe it would help if the judges and those who believe strongly in civility at all costs advise lawyers on what they should do if civility will not help their indigent clients get their home back or stay in the United States.

In short, perhaps there should be a distinction between incivility done specifically to harass and delay as opposed to passionately pleading their clients’ case. I get that the line is blurry at times but I’m sure the judges realize that every dispute cannot be resolved peacefully.