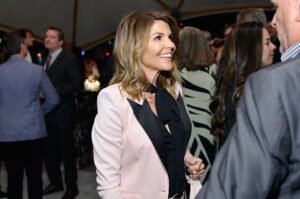 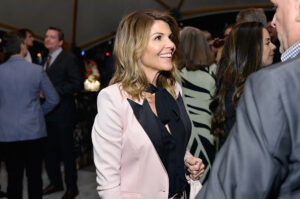 This morning, “Full House” star Lori Loughlin and her husband Mossimo Giannulli pled guilty via Zoom to one criminal conspiracy count in the college admissions scandal dubbed Operation Varsity Blues by the FBI. To wit, Loughlin and Giannulli conspired to pay $500,000 to get their daughters Olivia Jade and Isabella Rose Giannulli into the University of Southern California by disguising them as recruits to the rowing team. Neither daughter rowed crew, and neither is currently enrolled in school.

Olivia Jade, who presumably understood why she was being posed for photos in a borrowed rowing uniform, is reportedly “devastated” at the prospect of her parents going to jail. But not as devastated as she would have been had they been sentenced to the decades in prison sought by prosecutors in the original 12-count indictment.

Under the terms of the recently announced pleas, Loughlin, who admitted to “conspiracy to commit wire and mail fraud to obtain property,” agreed to just two months in jail, $150,000 in fines, and 100 hours of community service. Giannuli, who also copped to “honest services wire and mail fraud,” accepted five months behind bars, $250,000 in fines, and 250 service hours.

Good to see the couple finally practicing that personal responsibility they preach. AHEM.

The couple’s pleas are conditional on acceptance by U.S. District Judge Daniel Gorton, specifying that “If the Court rejects any aspect of this Plea Agreement, the U.S. Attorney may deem the Plea Agreement null and void.”

It remains to be seen whether Judge Gorton will sign off on the pleas, making Loughlin and Giannulli the 23rd and 24th parents to plead guilty in the scheme. Despite defense attorney William Trach’s request for expedited sentencing to give the couple “finality,” the court scheduled the sentencing date in three months.

Assuming Bill Barr doesn’t swoop in to rescue the Trump supporters from their own guilty pleas, look for defense counsel to argue on August 21 that Loughlin and Giannulli can’t possibly serve a custodial sentence during a pandemic and must be granted home confinement. Because that train is never, never late!

Elizabeth Dye (@5DollarFeminist) lives in Baltimore where she writes about law and politics.