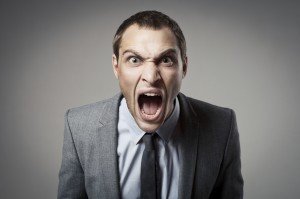 Back in December, when bonus season was at its height, boutique law firms were busy blowing Biglaw firms out of the water when it came to showing their associates the money. One of those firms was Roche Cyrulnik Freedman, the first Boies Schiller Flexner spinoff since the latter’s inception more than two decades ago. Founded by Kyle Roche, Jason Cyrulnik, and Vel Freedman, the litigation boutique had existed for less than a year at the time, but was still offering market-beating bonuses. Unfortunately, there’s already trouble in paradise — and a lot of it — as one of the fledgling firm’s founding partners has already been forced out, and is now being sued over his allegedly problematic behavior.

The firm is now suing Cyrulnik for allegedly refusing to leave after his expulsion from the partnership on February 10 following an alleged “pattern of increasingly abusive, destructive, erratic, and obstructive behavior” against his firm colleagues. The lawsuit also alleges that Cyrulnik is demanding that he be paid more than what he’s owed under the firm’s partnership agreement. Now known as Roche Freedman, the firm is seeking a declaratory judgment against Cyrulnik.

The American Lawyer has additional details on what brought about the alleged bad blood between the firms’ founders:

According to the complaint, the first instance of Cyrulnik’s “severe verbal abuse” came July 21, 2020, on a call about potential changes to the young firm’s formula compensation model. Cyrulnik and the other two name partners, Kyle Roche and Velvel Freedman, were on the call.

Cyrulnik had previously proposed changes to the model and, on the call, Freedman told Cyrulnik that RCF would not fully adopt Cyrulnik’s changes, which according to the plaintiff would have effectively shifted more compensation to Cyrulnik at the expense of other firm partners. According to the complaint, Cyrulnik “erupted into an alarming rage” and “screamed at both Roche and Freedman at the top of his lungs” and Roche and Freedman hung up.

The next morning, Roche wrote Cyrulnik an email saying that the way he had screamed at Roche and Freedman was “simply unacceptable” adding that, “if yesterday is any sort of signal to how you think you can treat us when we have disputes over business and money, then I do not see how we can continue to grow the partnership,” according to the complaint.

According to the complaint, Cyrulnik’s behavior did not improve. He allegedly continued to scream at associates and partners, and on top of that, would allegedly instruct some associates to spend so much of their time on his matters, as opposed to assignments from other partners, that they threatened to quit. The final straw seems to have been an incident that allegedly took place in December 2020, when Cyrulnik reportedly “proclaimed” that an associate who was working with two other partners on a time-sensitive matter needed to stop working with them. Communications broke down, and in a phone call to resolve the issue, Cyrulnik was allegedly “combative” and yelled at both partners. When the deadline for that matter was approaching, Cyrulnik allegedly put the associate in an “impossible position” by telling the associate once again to stop working on the matter and work on his matters instead. “His behavior had now escalated to the point of threatening the firm’s ability to service a client, had resulted in more abusive interactions with partners, and had placed an associate in an absolutely untenable and high-stress position,” the complaint said.

On February 10, the partnership voted unanimously to remove Cyrulnik from the firm, but according to the complaint, he’s “refused to accept that he is no longer a partner at the firm” and has allegedly demanded access to firm accounts and the ability to bring in new clients. But wait, there’s even more:

At the same time, Cyrulnik has claimed that the firm voted him out only to bar him from receiving compensation in the firm of “tokens” that a client pays out to the firm as part of an alternative fee arrangement, the complaint says, and that he is entitled to the compensation. …

In 2021, these tokens “exponentially rose” in value and are now worth millions of dollars, according to the complaint, and Cyrulnik claims that his removal comes as a way to reclaim these tokens due to him under the partnership agreement.

“Cyrulnik has claimed that the five equity partners affirmatively and unanimously voted to remove him to gain the highly volatile and speculative value of ‘his’ Token allocation and then lied about the cause for his removal. This is false,” the complaint reads. “Rather than own up to his misconduct, accept payment for his work, and withdraw from the firm in a constructive manner, it is Cyrulnik who now attempts to shake down the firm for yet more money.”

Cyrulnik is being represented by Marc Kasowitz of Kasowitz Benson, who said of the suit: “The allegations of the complaint are false and irresponsible. Mr. Cyrulnik will continue to focus on fully protecting the interests of his law firm and clients. The motives and conduct of his partners who launched this attack to take over the firm and appropriate for themselves Mr. Cyrulnik’s interests will be fully and appropriately addressed in the proper forum.”

The remaining partners of Roche Freedman are seeking a declaration that Cyrulnik was “validly removed” from the partnership and that as a result, he “is not entitled to any further compensation or interests.” Best of luck to everyone involved in this lawsuit, because it certainly sounds like a big hot mess.

Staci Zaretsky is a senior editor at Above the Law, where she’s worked since 2011. She’d love to hear from you, so please feel free to email her with any tips, questions, comments, or critiques. You can follow her on Twitter or connect with her on LinkedIn.