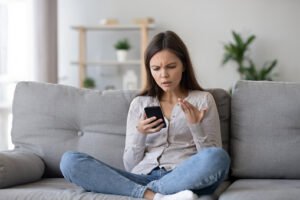 The Illinois Board of Admissions to the Bar, known affectionately as IBAB, found themselves in a quandary the other day. It appears as though multiple applicants writing in with technical concerns about the upcoming bar exam — a natural consequence of the state supreme court’s quizzically curt decision to block any real stress testing of the system — were informed by IBAB officials that the technical concerns might ultimately force applicants to “wait until February.”

This sparked a lot of understandable consternation among a class of applicants that have been jerked around by this exam for months now, with many depending on earning a license to get to work to support themselves and — more importantly — pay their crushing student debt.

Daniel Rodriguez, former dean of Northwestern Law, used his platform as an eminent figure in the Illinois legal profession to amplify the alarm that individual examinees were raising.

It turns out that the bar exam is not being canceled — yet, anyway — and IBAB wanted to assure everyone that this was a false rumor and that everyone should operate as if the test goes forward on the 5th. That’s the sort of message that could be conveyed by saying something like, “There is a rumor that the test might be canceled and we’re sorry if anything we’ve said contributed to this impression, but we are still going forward on the 5th and 6th and we assure you that we’re on top of any tech concerns you may have (and please let us know if you’re experiencing any issues!).”

Instead, they wrote this:

Let me make this clear. There is a time and a place for online mockery about the legal profession and it’s within the pages of Above the Law. This isn’t hypocrisy on our part — we do what we do because the profession can’t do this to itself and maintain the moral authority it requires to function. When bar examiners start doing it, they disgrace the whole profession.

“Applicants should exercise critical thinking and problem-solving skills”?!?!? I guess this is a fair criticism: applicants should have thought critically and realized they couldn’t trust anything coming from IBAB at face value. Because what’s completely missing from this statement is any sort of APOLOGY for making the statements that got everyone worried in the first place. Remember, the rumor wasn’t that the exam was canceled, it was that IBAB officials were telling applicants that they feared it might be and that applicants might have to consider waiting until February. So IBAB has transmogrified this rumor into something bigger than it was just so they could scoff at anyone who would believe a rumor they’re responsible for. Astounding.

Also, let’s not overlook that their dig at critical thinking and problem-solving skills also applies to the former dean’s comments because he’s entirely covered by this nakedly insulting response. But at least the IBAB folks gave him the dignity of responding directly. As he correctly pointed out in a later tweet, “But, hey, why did this happen just because I weighed in? Are the impacted IL examinees mere chopped liver? Disgraceful way to manage a difficult process.”

There’s a lot of folksy wisdom that boils down to “it’s not what you say, it’s what you do” and not to besmirch that as a general rule, but sometimes it really is about what you say. Illinois just showed off its true colors: they think that anyone who questions them deserves contempt and mockery. Full stop. And when it comes to “what you do,” the attitude someone takes into it means a lot to the final outcome.

This is a bad statement. They should retract it and profusely apologize.

Earlier: Everyone: Maybe We Should Test This Bar Exam Software; State Supreme Court: LOL, No.