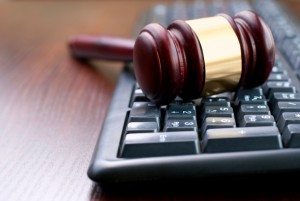 Thomson Reuters is a multinational company and industry leader in the law, tax, compliance, government, and media sectors.

Today, we chat with one of its 25,000 employees: Steve Rubley, President of the Government Segment of Thomson Reuters.

Over the course of three decades, Mr. Rubley has worked to leverage the efficiencies of the private sector in rolling out solutions for the public sector. In his present role, he’s ultimately responsible for all the work Thomson Reuters does for its local, state, and federal government customers.

Drawing on his experience in international legal markets, Mr. Rubley shares his passion about a new digital evidence product he and his team have been developing for litigants within the U.S. justice system. He may even have a wardrobe tip or two for pandemic-era (remote) business attire. 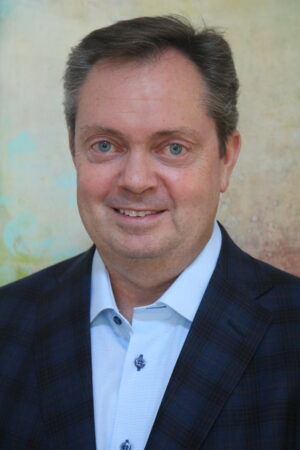 Please describe your background and experience a bit for the readers.

Well, I’ve been in the private sector my entire career. A good portion of that has been private sector work helping the public sector, for maybe the last 30 years. My work includes making products that help promote better justice and access to justice. I came to Thomson Reuters specifically in 2008 via a corporate acquisition.

That’s a big company with a lot of locations — probably Westlaw is what folks in my profession are generally most familiar with. Where are you based physically, and I suppose intangibly, if you know what I mean, within Thomson Reuters?

Physically, I work in the D.C. area. In the more abstract sense, you can think of me as the person heading up everything Thomson Reuters does with government customers. This includes serving customers at a federal, state and local level across the legal, fraud prevention, and public safety sectors. Today, I am going to be talking about our work with the justice system to help keep the courts running and to support better access to justice.

Has what you do changed due to the pandemic?

Pre-pandemic, we were dealing with how to help the court system with a somewhat antiquated way of working. We know that tradition is important in the legal system and we’re working on ways to both preserve that tradition and improve access to justice, especially for pro se litigants. With the pandemic, it went to a whole new level. It forced courts to really think about change and what is necessary much more quickly.

There is an evidence management platform called CaseLines, that was founded in the U.K. Not many people in the U.S. know about CaseLines. We’ve seen new types of evidence like body cam footage proliferate in recent years, and CaseLines helps over 25,000 users today across many countries to securely upload, share, and display digital evidence for remote and/or hybrid hearings.

The U.K. really leaned into it, and I think we can learn something by looking at the U.K.’s experience with CaseLines, because the company spent years working on their product in this market. The U.K. justice system is very similar to our system, the sensitivity of the data, the importance of the data, all very similar. We acquired CaseLines in 2020 and are now bringing it to jurisdictions in the United States.

That’s great. What kind of results have you been seeing?

Digital Evidence Center drove a 50 percent reduction in the number of hearings required to conclude a case in the U.K. Before this tool was in use, there was a lot of opportunity for a hearing to be postponed because evidence wasn’t easily accessible, both sides didn’t always have it in front of them. Now everyone can upload evidence during a court proceeding, view it using Zoom or Microsoft Teams and refer to sections easily.

We also saw, following the onset of the pandemic, an increase by 240 percent in specifically digital hearings. People really liked it once they tried it. People are able to be on the audio line, be at the table, be there even from home or work using a phone, iPad, or computer.

Where is all the data actually being stored? What would you say to someone who has security concerns?

It’s all stored in the cloud, the Microsoft Azure cloud platform. I get that change can be scary, but this is secure, this is far more secure than your own server having this information, because local servers are vulnerable to attack.

Is it user friendly?

Very. Despite being extremely secure, it’s still a very light program. The parties get invited in with a sign-in and password. The Digital Evidence Center can sit alongside Zoom, Microsoft Teams or another video-conferencing platform, everyone can see it, everyone can make their own notes, and they can share notes. It helps people have their day in court, and it helps people be more effective in court.

Sounds like an interesting program. Where do you see it going from here?

In Canada, the province of Ontario adopted it, and made it mandatory, knowing it is the future. David Byers [Administrative Director of the Courts] of the State of Arizona had been looking at ways to better share evidence for 18 months.

After a thorough search, this has been the only way forward there — we announced a deal to roll it out statewide in Arizona in January. Though there is always reticence to adopt something new, during the pandemic there have been millions of backlogged cases, and some judges have raised concerns.

With digital evidence continuing to explode in volume, something has to be done, something has to happen, and while there are certainly products out there already that focus on the law enforcement market, and while there are Band-Aid approaches like Dropbox or turning everything into a PDF, we’re offering the only digital evidence solution out there exactly targeted to courts and litigants. This is the only one out there today that is specifically for the courts.

Seems like something you are really passionate about. Any parting words you’d like to leave the readers with?

Thanks for your time. One more thing, because I wouldn’t want to leave without engaging in at least a little gotcha journalism or without attempting at least one bad joke: This is a phone call, so what are you wearing?

I am insanely jealous. Well, thanks again for your time, it’s been a pleasure.

Want to be featured in our next Q & A, or know someone who would? Email jon_wolf@hotmail.com.

Jonathan Wolf is a civil litigator and author of Your Debt-Free JD (affiliate link). He has taught legal writing, written for a wide variety of publications, and made it both his business and his pleasure to be financially and scientifically literate. Any views he expresses are probably pure gold, but are nonetheless solely his own and should not be attributed to any organization with which he is affiliated. He wouldn’t want to share the credit anyway. He can be reached at jon_wolf@hotmail.com.