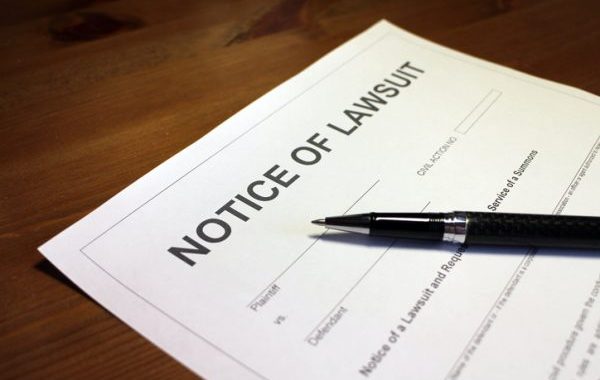 Drugmaker Regeneron Pharmaceuticals has said it will “vigorously” defend against allegations by the Department of Justice that it paid kickbacks through a foundation in connection with a drug it markets for macular degeneration in order to cover Medicare beneficiaries’ copays.

On Wednesday, the U.S. district attorney for Massachusetts filed suit against the Tarrytown, New York-based company, alleging that it paid tens of millions of dollars worth of kickbacks for the drug, Eylea (aflibercept), by using a foundation as a conduit to cover copays for the drug. The actions that are alleged would illegal under the Anti-Kickback Statute, which forbids drugmakers from offering or paying any kind of remuneration in order to induce Medicare patients to purchase its drugs.

Regeneron is one of several companies that received subpoenas alleging similar kickback schemes in 2017, along with Biogen, Gilead Sciences, Johnson & Johnson, Jazz Pharmaceuticals, Horizon Pharmaceuticals and others.

“According to the allegations in today’s complaint, Regeneron funneled tens of millions of dollars in kickbacks through a third-party foundation to ensure that few Medicare patients paid a copay on Eylea and that physicians who prescribed and purchased the drug did not have to collect Medicare copays from their patients,” U.S. Attorney Andrew Lelling said in a statement. “Regeneron allegedly paid these substantial sums only after confirming that the foundation needed the money to cover copays only for Eylea and not for competing drugs, and that the company’s payments would generate a handsome return on investment, or ‘ROI,’ in the form of Medicare payments for Eylea.”

In response, the drugmaker said the suit had “no merit” and called it “misguided.”

It countered that what the district attorney’s complaint alleges were in fact charitable donations made in 2013 and 2014 that were made in accordance with the law, specifically for poor elderly patients with wet age-related macular degeneration.

“It is unfortunate that the government chose to bring these baseless allegations related to our 2013 and early 2014 patient assistance donations at a time when Regeneron employees have been coming to work in the epicenter of the Covid-19 pandemic with the goal of providing an effective treatment,” Regeneron general counsel Joseph LaRosa said in a statement. “We look forward to having our case heard and will file a motion to dismiss.”