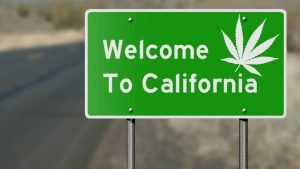 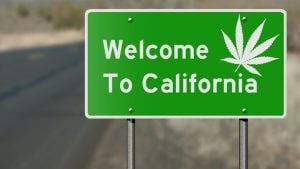 Although California has adopted one of the most robust medical and recreational marijuana programs (known as “cannabis” programs), and despite the enactment of the Agriculture Improvement Act of 2018 (the 2018 Farm Bill), the state can’t seem to convene specific legislation around the regulation and oversight of hemp-derived products.

Following the passage of the 2018 Farm Bill, state lawmakers attempted to pass AB-228, which intended to forge a legal pathway for many hemp-derived ingestible products in the state. While the bill made it pretty far, it ultimately died toward the end of the legislative session partially due to strong opposition.

In 2020, at the very end of the legislative session, California lawmakers tried to revive this issue by introducing AB-2028, which also failed to gather sufficient support.

Then, on the eve of this new year, the state legislature introduced a new CBD bill entitled, AB-45. Like its predecessor bills, the goal of AB-45 is to “legalize” a plethora of hemp-derived products. AB-45 contains many concepts originally found in AB-228 but adds some provisions, which, while intended to reach a compromise with former opponents of AB-228’s predecessors, will most certainly encounter opposition from the hemp industry.

Here is a high-level overview of some of the key provisions of AB-45:

AB-45 is in its infancy so upcoming amendments are likely, especially to the provisions banning smokable hemp products. It will be interesting to see how California tackles its third attempt at regulating hemp-derived products and, hopefully, for the sake of Californian consumers, that state lawmakers finally succeed. Until then, consumers and companies of hemp-derived products should remember that the sale of these products remains unlawful in the state and that products found in California are not expressly regulated by the CDPH nor recognized as safe for human consumption.

Nathalie practices out of Harris Bricken’s Portland office and focuses on the regulatory framework of hemp-derived CBD (“hemp CBD”) products. She is an authority on FDA enforcement, Food, Drug & Cosmetic Act and other laws and regulations surrounding hemp and hemp CBD products. She also advises domestic and international clients on the sale, distribution, marketing, labeling, importation and exportation of these products. Nathalie frequently speaks on these issues and has made national media appearances, including on NPR’s Marketplace. For two consecutive years, Nathalie has been selected as a “Rising Star” by Super Lawyers Magazine, an honor bestowed on only 2.5% of eligible Oregon attorneys.  Nathalie is also a regular contributor to her firm’s Canna Law Blog.