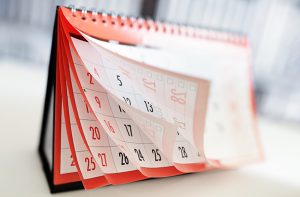 History is littered with examples of accidental discoveries or creations in times of great crisis that changed the world. Perhaps most famously, Scottish bacteriologist Alexander Fleming, studying influenza in 1928, leaves some Petri dishes uncovered while on vacation, and returns to discover mold that is the first step in the creation of penicillin. A bit of historical trivia that has almost assuredly been recounted to the vast majority of us over the last nine-plus months, most likely by parents or disapproving spouses who wished we would put on actual pants at some point, Shakespeare wrote King Lear while quite likely on lockdown due to an outbreak of the plague in 1606 — I recently binged Ted Lasso, so it is fair to say that both the Bard and I accomplished great things while stuck at home. And if Clarence Saunders had not been looking out of a train window at just the right moment to see a collection of little pigs struggle to get under a fence, the first full-service grocery store might not have been named Piggly Wiggly, which might not seem to rise to the levels of curing infections or the greatest tragedy in the history of the written word, but the rhyming name provides a daily chuckle to a 5-and-a-half-year-old who sees the sign on the way to school.

Legal recruiting is not typically where one finds great innovation, accidental or otherwise. In fact, it is typically a staid affair. As nearly everyone who reads this website knows, likely firsthand, those who wish to start their legal career in Biglaw interview for a summer associate position at the beginning of their second year of law school, which will very likely result in an offer of permanent employment at the end of the subsequent summer. Thus obtaining a job roughly two years before it is set to commence. As I have discussed in this space before, such a system is completely absurd.  Whenever I try to explain to those outside of the legal profession that law students interview for jobs two years in advance based on grades accumulated from one-third of their time in law school, the response is relatively universal.

But despite the obvious insanity, this has been the system in place for decades and was seemingly set to continue for the foreseeable future. But 2020 had a funny way of disrupting all aspects of life, even the mundane ones. In response to the pandemic, the vast majority of American law schools, or at least the ones who give out grades — not that Yale Law School needs my advice, but perhaps a grading system would ensure that their graduates who go on to public notoriety possess an of understanding basic legal concepts such as the First Amendment and to whom it applies — moved to a pass/fail system for the Spring 2020 semester. Being uncomfortable with making six-figure investments in second-year law students based on a single semester of grades, rather than the far more robust standard of two semesters, Biglaw firms worked with schools to push the Fall Recruiting cycle back to winter. So the Class of 2022 will have three semesters under their belt when they embark on 2L recruiting.

While on-campus interviews have yet to commence at a number of schools, the minds of many in the legal recruiting world are already looking toward next year. Much like I watch Kansas basketball blowout Washburn in the fourth game of the season and think to myself, “well if Agbaji and Wilson come back next year, Clemence is a stud, and McCormack can stop being a spaz in the post, then maybe we will really have something in 2021-2022,” everyone on both the law school and law firm side are wondering if the fall recruiting cycle will return to its regular late-summer period later this year.  The assumption is that barring a continued botch in rolling out the COVID-19 vaccine, such a reversion to the norm will take place. I do not think it should.  My idea is simple, let us keep the 2L recruiting cycle in the winter, or even in the spring.

The reasons for incorporating the historical accident of 2020 into the legal recruiting going forward is quite simple, rather than basing massively consequential employment decisions on two semesters worth of law school, a permanent shift to the winter/spring would allow a third semester to be incorporated.  This might sound like a relatively minor change until you realize that that’s an additional 50% of law school that applicants will have completed. That’s 50% more grades that law firms can use to evaluate students, as well as 50% more time in law school for students to figure out what exactly they want to do with their J.D.

I was somewhat dubious that legal employers would be amenable to this calendar shift, but while not a nationwide survey, at the recent NALP Summer Outcomes Summit, I had a chance to float this idea by a couple of Biglaw recruiters, and the reaction was uniformly positive. Why? For the simple fact that more information, (i.e., another semester of grades), is better when evaluating job applicants. And it is not just a more fulsome GPA that firms can evaluate. At many schools, once a student finishes their first year, they have far greater choice in selecting their classes. These selections can evince a student’s career preference in a much clearer way than anything said in an interview. A 2L can say until they are blue in the face that they really want to be a transactional attorney, but if their elective course load is nothing but litigation courses, that illustrates a more accurate picture of future plans.

Anyone who has spoken to me about recruiting for more than a couple of minutes knows that how a proposal will impact law firms falls well below how it impacts law students, specifically Vanderbilt Law students, in my personal decision hierarchy. But making the calendar shift in 2L recruiting permanent would also benefit students by alleviating some pressure. Pandemic or no, the first year of law school is already difficult. It is not just the logistics of moving to a new city, finding a new place to live, etc., but in many cases students who have excelled academically their entire lives are being told to learn and write in an entirely new way. Added to those stressors are people like me telling these students that their academic performance the first-year of law school will have a profound impact on not only their near-term job prospects, but their entire legal career. It is no wonder that as the American Bar Association recently summarized, “[l]aw students start law school with high life satisfaction and strong mental health measures. But within the first year of law school, they experience a significant increase in anxiety and depression.”  Anything that can be done to help alleviate student stress levels should be strongly considered, especially if the negatives are relatively few.

So what are the negatives or objections to keeping the pandemic schedule in place going forward? For those in the recruiting world, having to do the bulk of the scheduling and planning for interviews over the winter holiday season is definitely not ideal, but that can be easily remedied with some further tweaks to the calendar. Furthermore, the fall recruiting cycle had moved so far into the summer that callbacks were taking place before 2L classes commenced. Moving the process into the winter will undoubtedly create greater conflicts with class schedules. But, when I was going through OCI, all callbacks took place during classes, and the faculty dealt with it appropriately. If expectations are managed in advance, I do not foresee this being a big problem.

I think the biggest hesitation stems from the simple fact that permanently moving the fall recruiting cycle to winter/spring would be a seismic shift in this little corner of the legal world. Legal recruiting is a bit of a sclerotic institution that does not always welcome change. But as the great Theodore “Ted” Lasso tells the men of A.F.C. Richmond, “most of the time, change is a good thing. Now I think that’s what it is all about. Embracing change. Being brave.”

At one point in your life, you want the end of the night to take place at 4 a.m. on a random street corner, having just come out of your regular haunt, with Cat Power serenading you. But eventually things change, and you shift to wanting the night to end at 10 p.m. with a slice of cake that Claire Saffitz just baked for you. Whether a winter/spring 2L legal recruiting calendar is more of a Meyer lemon tart or a croquembouche is a question I will leave to those with more discerning palates, but all I know is that New Year’s resolutions be damned, I want some.

In our polarized age, few things will garner more universal agreement than the fact that 2020 was a pretty terrible year — and a few days in, 2021 ain’t looking that great either. But while it will not cure infections or frustrate high school English students for the next several centuries, 2020 provided us the opportunity to re-imagine the legal-recruiting calendar in a way that benefits all parties. Let us try to salvage one positive and make this change permanent.

Nicholas Alexiou is the Director of LL.M. and Alumni Advising as well as the Associate Director of Career Services at Vanderbilt University Law School. He will, hopefully, respond to your emails at abovethelawcso@gmail.com.