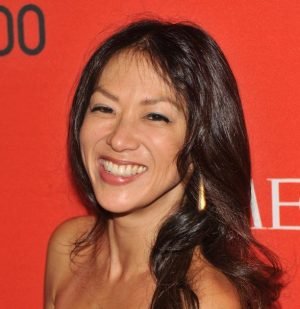 Tiger Mom Amy Chua will lose her role leading a small group of 1Ls next year after the school learned that she’s continued to host students for dinner parties at her home, in breach an agreement she made with the school in 2019. That agreement, of course, was necessary when Yale Law School suspended Chua’s husband Jed Rubenfeld for two years after an internal investigation finding “a pattern of sexual harassment of several students.”

As part of that investigation, Chua agreed to not teach any required courses last year, face an unknown, “substantial” financial penalty, and play no role in the clerkship committee where she’s historically taken a leading role. The kind of role where she might, I don’t know, make casual comments suggesting that Brett Kavanaugh hired clerks for lurid reasons while simultaneously funneling him those exact clerks and hyping his career.

But according to the Yale Daily News, she made another concession in the agreement:

Additionally, Chua also agreed “on her own initiative” to stop drinking with her students and socializing with them outside of class and office hours, according to the letter.

I’m guessing the “on her own initiative” angle is meant to suggest that this was a non-binding gratuitous promise, because that’s apparently how Chua’s been treating it.

On March 26, multiple law students met with Law School administrators to discuss Chua’s appointment to lead a small group. The students alleged in the meeting that Chua has continued inviting current Law School students to her and Rubenfeld’s house for dinner parties — despite having agreed in 2019, according to Gerken’s letter, to cease drinking and socializing with students in all out-of-class settings.

After the meeting, a student submitted to Law School administrators a written affidavit detailing allegations that Chua hosted law students at her household for dinner on multiple occasions this semester, as well as documented communication between themself and other law school students who acknowledged having gone to Chua’s household. The News has reviewed these communications and has confirmed their receipt by Law School administrators, who declined to comment on the communications or allegations and referred the News to Gerken’s statement.

For the contrarians out there who will inevitably argue that there shouldn’t be anything wrong with professors socializing with their small groups and that this is all part of the mentoring relationship, that may well be true right up until students are socializing in the home of professors who both got punished to varying degrees for “a pattern of sexual harassment.” If you’re the sort of person who pines for an era when professors could be more collegial with students, you shouldn’t be defending Chua and Rubenfeld, you should recognize that this is why we can’t have nice things.

One recent Law School graduate told the News that she witnessed Chua and Rubenfeld “deliberate” on students’ appearances, private relationships and other topics during dinner parties that she attended at their house.

“Having been on the receiving end of that behavior, I know personally that it is not always welcome, and that it is not all in good fun,” the recent graduate wrote to the News. “They purport to be provocateurs, but in fact they’re just bullies. But, if you want Chua’s help — and she often touts how much she can help marginalized students — then you play by her rules.”

Based on everything that’s ever come out about Chua and Rubenfeld, none of this should surprise anyone. They reportedly wield their influence in New Haven for the purpose of perpetually living as out-of-control 3L queen bees. The Yale Daily News notes that they have also received multiple emails from students supporting Chua, but that’s the point of running a Mean Girls clique: there’s always going to be a bunch of Gretchens. Chua became famous for writing a book that boiled down to “I treat parenting as a social experiment for the aggrandizement of my own ego.” How was any settlement agreement going to tamp that down? This was all doomed from the start. The only thing that can stop these two is literally removing them from the situation.

Short-term suspensions and side agreements are never going to get the job done.