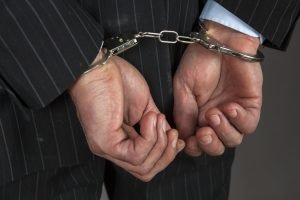 Mark S. Scott, a former partner at Locke Lord, was convicted in federal court yesterday on conspiracy to commit bank fraud and conspiracy to launder money charges. The case against the lawyer stems from a cryptocurrency, OneCoin, that prosecutors say raised money in a pyramid scheme.

Scott left Biglaw to work at OneCoin, and prosecutors say he had a key role in the plot to launder $400 million from the cryptocurrency. During trial, Scott’s lawyers tried to portray him as being conned by OneCoin co-founder Ruja Ignatova. But jurors apparently rejected that argument, and after a three-week trial, returned a verdict in a day.

Law.com has details of the scheme:

Federal prosecutors said Scott was introduced to Ignatova in September 2015 and eventually helped her launder hundreds of millions of dollars from OneCoin, which raised about $4 billion through a pyramid scheme. While OneCoin purported to be a digital token whose transactions were recorded on a blockchain, unlike real cryptocurrencies, there was no decentralized, public blockchain to ensure the system’s integrity.

“Mark S. Scott, an equity partner at a prominent international law firm, used his specialized knowledge as an experienced corporate lawyer to set up fake investment funds, which he used to launder hundreds of millions of dollars of fraud proceeds. He lined his pockets with over $50 million of the money stolen from victims of the OneCoin scheme. Scott, who boasted of earning ‘50 by 50’ now faces 50 years in prison for his crimes.”

One of Scott’s lawyers, Arlo Devlin-Brown, a Covington & Burling partner, said Scott is “disappointed in the jury’s verdict and plans to appeal.”

Kathryn Rubino is a Senior Editor at Above the Law, and host of The Jabot podcast. AtL tipsters are the best, so please connect with her. Feel free to email her with any tips, questions, or comments and follow her on Twitter (@Kathryn1).