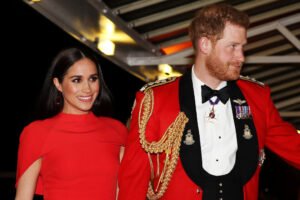 I am not above the gossip columns for some light entertainment, especially when my Bing and Yahoo news feeds are littered with royal family photos of pretty faces and beautiful fashion. And it seems Harry and Meghan (aka the Sussexes) are always in the news. Most recently it’s been about Queen Elizabeth taking away Harry’s titles and stripping the couple of the remaining duties that come with a life of public service.

It’s hard to know what to make of this royal dustup. But as a former UK barrister, now U.S. immigration attorney, I can’t help but think about Harry’s immigration prospects as a Brit living in the United States. While I have no particular insight into the couple’s lives (though I admit to wishing I were representing them!), I can speculate on Harry’s possible immigration paths.

The prince has been in the U.S. for over a year now, and no doubt the couple has considered his status. Someone visiting the U.S. from a country with visa reciprocity, which the United Kingdom has, can enter on what’s known as a visa-waiver. It’s commonly referred to as ESTA, which stands for Electronic System for Travel Authorization. But it only allows them to stay for 90 days. So clearly, he is not on an ESTA.

He is also unlikely to be on a tourist visa, known as a B-2, which allows one to stay in the U.S. for six months at a time. And though one can extend that for six months more for touristy reasons, Prince Harry’s time would already be up.

There has been speculation that he would be applying for an O-1 visa, a type of work visa available to immigrants who have reached the top echelon of their professions, who are extraordinary. Top entertainers will often use it. John Oliver, another fellow Brit, often talks about his O-1 visa on his shows.

Harry is extraordinary by birth, of course. But his charity work, his founding of the Invictus games, and being BFFs with Oprah and the Obamas can certainly get him an O-1 visa. He may already have it. But the initial period on the visa is three years, and it can be renewed annually for as long as one continues to meet the requirements. Renewing every year can be challenging, not only because a year rolls around too quickly, but you also have to get a visa stamp to return to the U.S. if you travel abroad. It’s stressful to say the least; just ask John Oliver. And there’s an added caveat: the O-1 is a “nonimmigrant intent” visa, which means Harry cannot have intent to permanently live on it in the United States. And from all news reports and gossip columns, he appears to have all intention to stay here.

That leaves the Sussexes to think about Harry’s permanent status in the United States. Even if he can get past the “intent” issue for now (because, let’s face it, even the immigration adjudicators likely love him), he has to think about the next immigration step. And that is to get a green card.

The green card application is burdensome and will be even more so for the couple. Meghan can complete a Form I-130, stating she is a U.S. citizen applying for her husband, a noncitizen. Harry can file a Form I-485, which basically says, “I’m eligible for a green card, please let me have one.” There is still the Trump-era policy known as “public charge,” where U.S. Citizenship and Immigration Service (USCIS) would collect all information about an individual’s assets, income, health, education, and skills. They will want to know about Harry’s debts and U.S. credit score. If the public-charge policy is still in place when he applies, he will have to disclose a lot of financial information that one in his position may not be too eager to disclose. Additionally, these cases are backlogged, currently taking over two years to process, likely just about enough time left on his O-visa (if that is indeed what he has).

If Harry envisions staying in the U.S. permanently, there’s another hurdle he’d have to overcome: citizenship. That would require him to give up his hereditary and whatever royalty titles he still has.

According to section 1448(b) of the Immigration and Nationalization Act, which addresses hereditary titles and orders of nobility (emphasis added):

In case the person applying for naturalization has borne any hereditary title, or has been of any of the orders of nobility in any foreign state, the applicant shall in addition to complying with the requirements of subsection (a) of this section, make under oath in the same public ceremony in which the oath of allegiance is administered, an express renunciation of such title or order of nobility, and such renunciation shall be recorded as a part of such proceedings.

Of course, he doesn’t necessarily need to acquire U.S. citizenship and can continue to renew his green card every 10 years. It’s a hassle but he could likely live with it. But he may well want U.S. citizenship for the security it brings to remain in the U.S. with his family. Personally, I decided to apply for U.S. citizenship once I had children, because sometimes green cards can be revoked for reasons that are out of your control.

So, what’s all the fuss about the Queen taking his titles away now? If Harry plans to apply for U.S. citizenship eventually, he may well not have any titles to give up in due course. And while it might seem to be a good emotional story for news columns and magazines, this action by the Queen may actually benefit the prince for at least U.S. immigration purposes, and his future in the United States. 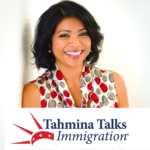 is the founding attorney of Watson Immigration Law in Seattle, where she practices US immigration law focusing on business immigration. She has been blogging about immigration law since 2008 and has written numerous articles in many publications. She is the author of Legal Heroes in the Trump Era: Be Inspired. Expand Your Impact. Change the World and The Startup Visa: Key to Job Growth and Economic Prosperity in America.  She is also the founder of The Washington Immigrant Defense Network (WIDEN), which funds and facilitates legal representation in the immigration courtroom, and co-founder of Airport Lawyers, which provided critical services during the early travel bans. Tahmina is regularly quoted in the media and is the host of the podcast Tahmina Talks Immigration. She was recently honored by the Puget Sound Business Journal as one of the 2020 Women of Influence. You can reach her by email at tahmina@watsonimmigrationlaw.com or follow her on Twitter at @tahminawatson.