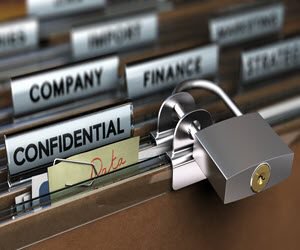 At least clients are putting up a brave front.

When asked about new regulations like the California Consumer Privacy Act, 68 percent of in-house legal department respondents are either “not concerned” or only “somewhat concerned.” That’s a good indication that corporate counsel have a great plan for this stuff, right? Well, in the same survey, when asked “do you feel concerned about your organization’s ability to
meet all aspects of the new privacy requirements?” 69 percent were “concerned” or “very concerned” with an additional 25 percent “somewhat concerned.” And 84 percent “have no clearly defined processes to meet new and emerging privacy regulations.” Maybe this is like the football coach telling the team they have everything they need to win and then turning around and telling the press that the other team presents a real challenge. Still, that’s probably not how to run a legal department.

These stats come from the 2019 In-House Legal Benchmarking Report produced by Exterro, ACEDS, and In The House.

While those responses seem contradictory, maybe the twist is in the phrasing — “of course we’ll be fine with all these laws… but maybe not every aspect of these new laws.” If that’s the source of this disconnect, it may be a product of the GDPR experience, where months of fret resulted in not too much on-the-ground disruption — indeed over half of those surveyed said GDPR hadn’t impacted them at all and only 3 percent reported that the rule changed their processes any more than “somewhat.” But even if GDPR involved a good deal of crying wolf, it shouldn’t numb institutions to the changing regulations.

Also worth noting from the report, legal departments are starting to scale back on their outside counsel. While some of this is due to increased in-sourcing respondents appeared evenly divided between whether insourcing will increase, decrease, or stay the same over the coming years, meaning the contraction in outside counsel choices speaks in part to something else. After years of branching out in choosing law firms, most clients are aiming to have between 1 and 10 law firms at any given time.

Speaking of that in-sourcing trend, while 70 percent of respondents said they handle at least 50 percent of their litigation services internally, only 45 percent said they employ review technology. That presents in-house departments with a lot of low-hanging fruit if they want to take discovery work away from outside counsel. Advances in review technology have enabled smaller and smaller teams to tackle larger and larger tasks — it’s not a stretch to suggest that in-house teams could take on a much larger share of review with a modest upfront investment in legal technology.

Maybe these companies should consider that investment before they have to pay their narrow team of 5 law firms to bail them out for all those privacy violations.