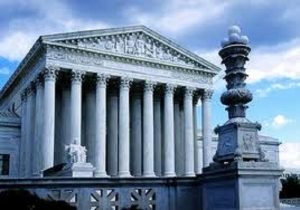 Labor Secretary Eugene Scalia appeared at a Federalist Society event, probably because he heard they had free pizza, and told attendees that Biglaw is suffering from a “self-censorship” problem because as we all know, if there’s one group of people who are shy with sharing their opinions, it’s the lawyers.

The former Gibson Dunn partner posited a universe where conservative attorneys abound but are almost undetectable as if they’re f**king dark matter or something. While cold, hard numbers exist proving that this is a lie, Scalia soldiered on bemoaning a Biglaw culture that just doesn’t let this mythical silent majority spread its wings and he knows who to blame!

“One factor preventing that in these and other cases is self-censorship. Our elite law firms are hesitant to get involved in cases that might generate criticism from the left of center or that might conflict with views that other lawyers in the firm hold personally,” he continued. “Secondly, firms fear repercussions from certain well-heeled corporate clients if they take positions disfavored by progressives. And sadly there’s reason for that concern.”

I’m old enough to remember when Republicans believed the free market solved everything. Now it’s apparently a travesty that big corporations care about their customers enough to actually embrace causes popular with the majority of the country. Not that big business should dictate morality — they can and do take horrific stances all the time — but it’s truly wild to hear someone allegedly “pro-business” complaining that businesses serving the market is bad.

“Today a corporation accused of environmental crimes objects to a lawyer at its outside law firm filing a brief in support of the unborn,” Scalia said. “Tomorrow, why can’t someone schooled in today’s ‘cancel culture’ use the same logic to attack the firm for defending that company’s environmental depredations.”

Again, “cancel culture” is just a trendy conservative slur for “the free market.” Tomorrow, another corporation could use the same logic to attack a firm for representing another company committing environmental crimes. Disney’s brand may not want to be tied to poisoning Bambi’s neighborhood. Sure, legally the accused is entitled to a defense, but professionally the firm is well within its rights to assess whether or not it’s in its best interest to lose other clients over that fight. Conservatives act like that’s some sort of treachery as opposed to how business works. Indeed, it’s exactly how conservatives long tried to influence the world — they just eventually realized they lack the market power to destroy Oprah for voting for Obama.

Welcome to the same ongoing pity party as those FedSoc professors who bellyache about how law schools should offer affirmative action for the minority of scholars who think voting rights are overrated as opposed to, say, actual minorities. Or the Harvard dweebs demanding more right-wing clinics. That they’d blame just about anyone but themselves for their own unpopularity isn’t a shock. But going after “well-heeled corporate clients” as antagonists marks a bold extension of the Steve Bannon populism playbook.