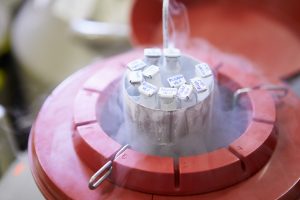 Thanks to the emergence of affordable home DNA testing, we are now constantly learning surprising news relating to family connections and assisted reproductive technology. Discovering that a single sperm donor fathered a multitude of children, sometimes more than a hundred, is basically old news by now. It even inspired movies like Delivery Man, where Vince Vaughn finds out that he has fathered more than 500 children from his past side job.

Have you discovered a long lost cousin? Well, you have nothing on Dr. Bryce Cleary. Recently, a sperm donor who is also a doctor brought suit against his former medical school, which he says pressured him into donating sperm, but also misused the sperm after he donated. Per the complaint filed in Oregon’s Multnomah County Court, Dr. Cleary alleges he was in his first year of medical school at Oregon Health and Science University (OHSU) when he and other medical students were solicited to donate their sperm to the hospital to help women become pregnant and for research. Seems like this would have made a good episode of a medical school TV show!

Cleary alleges that he relied on four very specific promises he says were made by OHSU that induced him to donate. These included:

(1) that all fertilizations would be limited to women residing on the East Coast, and/or women not residing anywhere near the State of Oregon and the Pacific Northwest;

(2) that no more than five children would be born of the donor’s sperm;

(4) at all times after birth, Plaintiff’s specific name, identity, and whereabouts would forever remain anonymous unless otherwise ordered by a court of competent jurisdiction.

Wow, right? Very specific promises. I hope he got them in writing.

But I’m a little confused about these promises. Why would the clinic promise all fertilizations would be on the East Coast, when Cleary could have gone anywhere in the country — including, like, the East Coast — after medical school? Wouldn’t it make more sense to distribute the sperm across the country or, even better, the world? The promise to limit the number of kids to five is a little more understandable. It’s a fair concern for a donor to worry about how many offspring he would have, so I can see a donor needing to have such an assurance before agreeing to donate.

Of course, extensive use of the donor’s sperm by OHSU has been revealed as exactly what happened. Last year, a local Oregon woman contacted Dr. Cleary after taking a DNA test that linked her to a relative of the doctor, and led her to identify Dr. Cleary as her donor parent. Dr. Cleary himself ultimately took a DNA test, and it wasn’t long before he discovered 17 (so far!) people conceived from his donations. All of them are local to his part of Oregon. Some kids have even attended the same schools, churches, and social functions as each other. Luckily, none so far have gotten married to each other. But no word yet on whether they might have gone to prom together.

The complaint alleges that the clinic never really even tried to live up to its promises. It says that the clinic didn’t follow up with those who received his sperm to see if children were born. And they gave his sperm out way more than five times. In fact, the clinic’s only knowledge as to the number of births from his donated sperm was from some self-reporting mothers of the donor-conceived children.

A surprising allegation within the complaint is that Dr. Cleary was unwittingly used as a “tool” of OHSU and their eugenics experiments. The complaint argues that the clinic was using medical students to see if their kids would also become doctors. Cleary accuses the clinic of engaging in a full-blown eugenics project “to perversely increase the occurrence of a superior race of desirable inheritable characteristics for profit.” Oh. Hmm.

While I am very much in favor of reform of the sperm bank industry, I’m also a little skeptical that the sperm clinic in this case had the nefarious plan of developing a race of ubermenschen Oregonian doctors. And, if you ask me, that allegation sort of undermines other portions of his lawsuit.

But if the clinic really made the promises above, will the clinic be held accountable for broken promises and damages? How would a court even begin to calculate damages for this type of harm? Cleary is requesting $5,250,000 in damages. The number comes from multiplying a flat rate of $250,000 for each known child, plus $1,000,000 for mental health treatment and lost wages. Cleary alleges emotional distress over discovering he is the biological father to so many children.

I don’t quibble with the fact having lots of kids that you didn’t intend to father is emotionally distressful to Cleary. And I could see a jury concluding that these numbers compensate for those injuries. But it seems so … hard to measure. Why $250,000 per child? What if there are more children discovered next year? Are those an additional $250,000 each? What would the pure contractual damages be? In sum, I have questions.

But one thing is clear. Courts are going to struggle with these types of questions more and more. Whether it’s not having kids because a freezer melts down, having someone else’s kids because of an embryo mix-up, or having too many kids because a sperm clinic might have deceived you, courts are going to have to figure out how much money a plaintiff with a claim ought to be entitled to, if any. Hopefully, the judge isn’t one of Dr. Cleary’s kids. 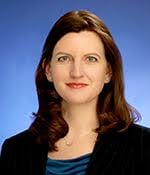 Ellen Trachman is the Managing Attorney of Trachman Law Center, LLC, a Denver-based law firm specializing in assisted reproductive technology law, and co-host of the podcast I Want To Put A Baby In You. You can reach her at babies@abovethelaw.com.